Enter the postal code for your container delivery. 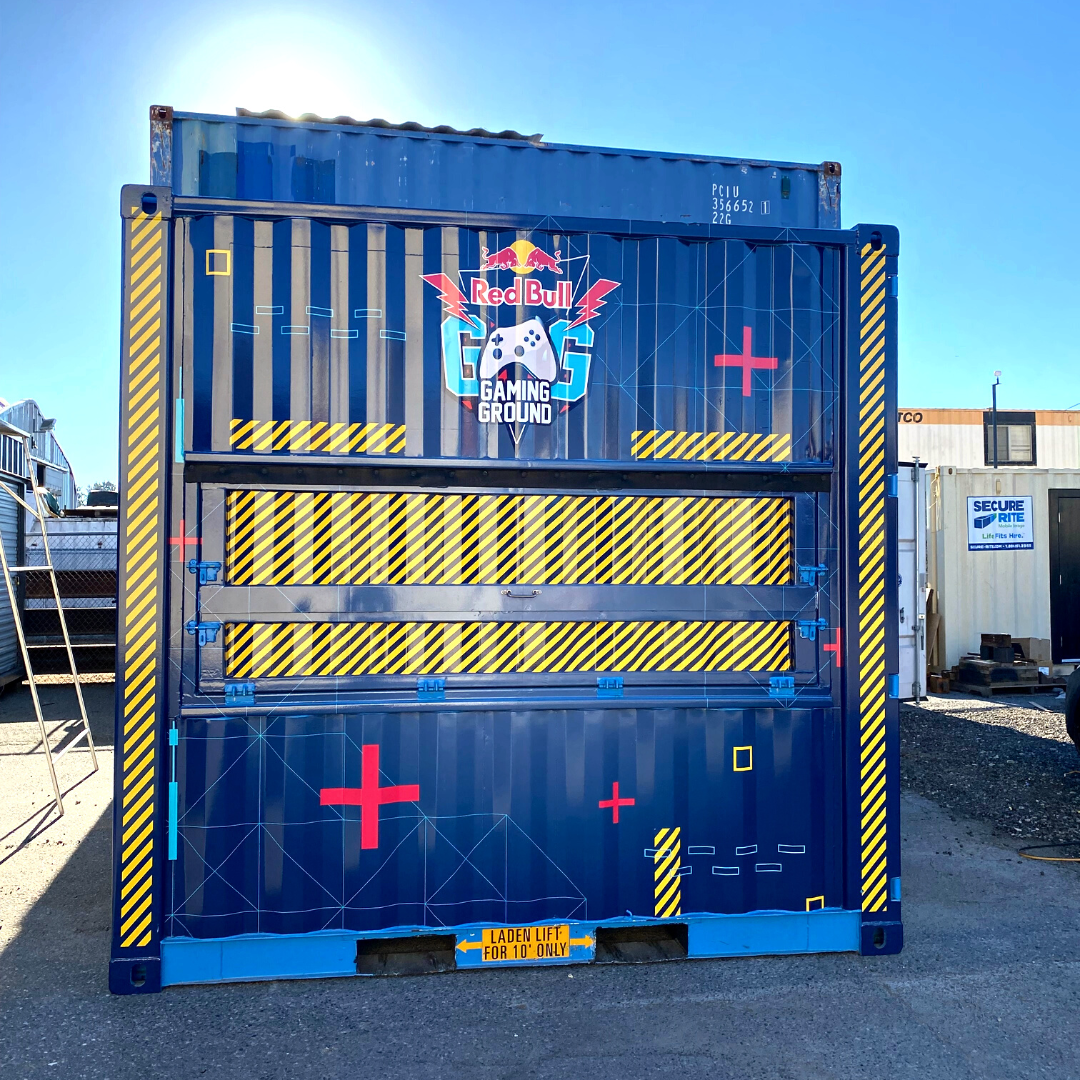 Secure-Rite is ecstatic to be gaming with Red Bull! This exciting 10' high cube #GamingGround kiosk is on its way to the Red Bull Joyride and Crankworx World Tour event in downtown Whistler.

Whistler is arguably where the sport of slopestyle was born and took root, so the reverence given to Red Bull Joyride by mountain biking competitors and spectators alike is no surprise. The event at Whistler Bike Park's legendary Bone Yard is the one that all the slopestylers want on their win sheet. Whereas fans want to be among the electrifying atmosphere of mountain bike's most spectated event.

Secure-Rite's very own vinyl-wrapped (thanks to Vinyl Labs) kiosk will be one of the gaming kiosks standing proudly in downtown Whistler during the festival.